Metrics available for each sent e-blast

Written by Marcel Ursprung
Updated over a week ago 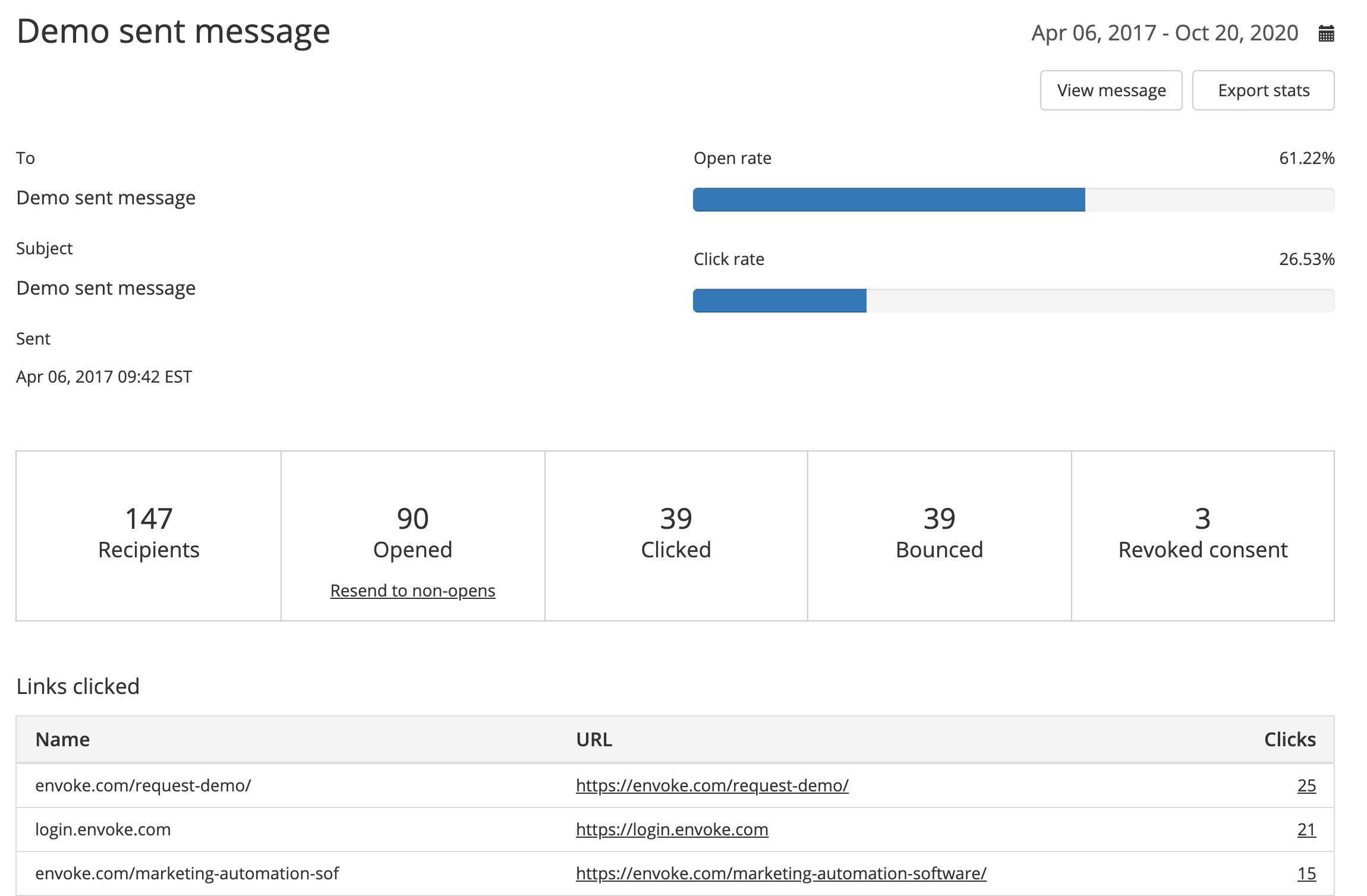 Here's what happens when you send an email campaign: 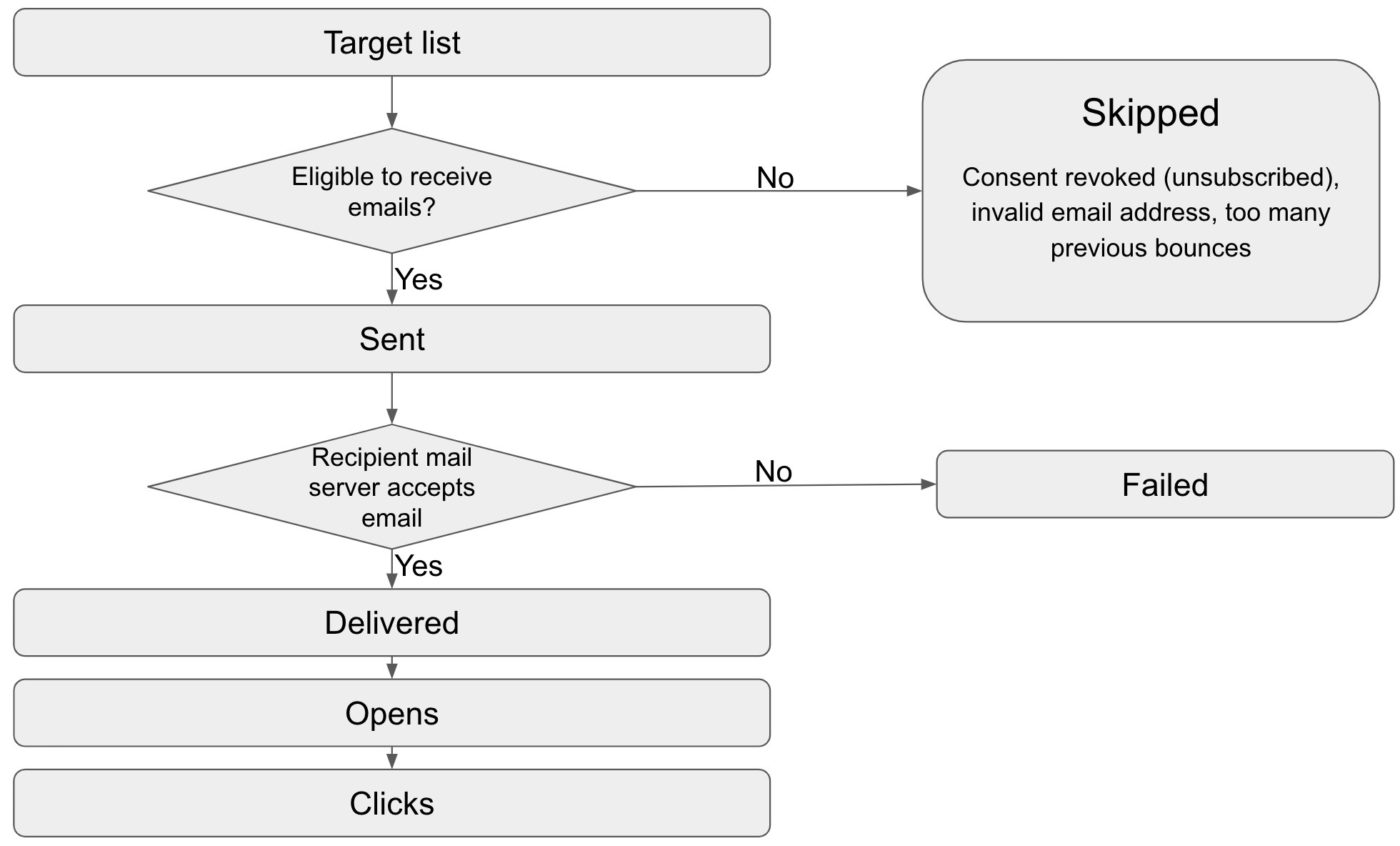 Total number of emails sent excluding contacts who weren't eligible to be sent emails due to consent revoked, invalid email or too many bounces.

Sent emails that didn't fail. This includes all emails that can potentially reach inboxes. We don't know if emails are quarantined or sent to spam folders. Read more about deliverability.

Contacts who were sent the e-blast but email delivery failed.

Based on the combination of these failures contacts' fail score increases (by one or more points, depending on the severity of the failure). If the fail score reaches a threshold contacts will not be attempted to send emails anymore.

Number of unique contacts who opened the message.

Multiple opens by the same contact are counted as one. For example: if a contact opens the message on their mobile phone, desktop at work and at home it's still counted as a single open.

Related article: How to re-send an email campaign to contacts who didn't open your email

Open tracking uses a small image called a "tracking pixel" - if images are disabled, opens cannot be tracked. In practice this means that reported opens are slightly lower than actual opens.

Opens may not be tracked for contacts who received the same message as a "test message" first.

Total number of unique recipients who clicked on a link in the email.

All links in emails are automatically tracked so you can see which links were clicked and by whom.

Only the first click on a link by a unique user is recorded. Subsequent clicks on the same link by the same contact are not tracked. Unlike open tracking, click tracking doesn't use images, which means that there is no difference between reported and actual clicks.

Note: that the total number of clicks is most often less than the sum of clicks on individual links because the same contact can open multiple links.

For text links the linked text is shown in reports along with the destination website/URL.

For images either the image file URL is shown as the source of a click or the Alternative Text (Alt tag), if it's defined.

Opens and clicks are not tracked in test messages.

Contacts that were part of the target list but weren't sent the email for one of the following reasons: